An accomplished diplomat and executive, Ambassador Wayne served in a wide variety of positions during his career, including as U.S. Ambassador to Mexico and Argentina, Deputy Ambassador in Afghanistan, Assistant Secretary of State for Economic and Business Affairs, and Principal Deputy Assistant Secretary of State for Europe.  “Tony” has successfully led complex organizations and teams in Washington and overseas, working to develop and implement policies involving countries around the world to solve problems and create opportunities across economic, political, security and public diplomacy issues.  Wayne left the State Department as a Career Ambassador, the most senior U.S. diplomatic rank.

Ambassador Wayne is currently engaged in a variety of activities.  These include teaching as a Distinguished Diplomat in Residence at American University's School of International Service and serving as a Public Policy Fellow at the Woodrow Wilson International Center for Scholars and Co-Chair of the Center's Mexico Institute.  He is also a non-resident adviser/fellow at the Center for Strategic and International Studies and at the Atlantic Council in Washington.  Wayne was the Treasurer of the American Foreign Service Association from 2017-19 and a Non-Executive Director on the Financial System Risk Advisory Committee of HSBC Latin America from 2015-2019, during which HSBC Latin America successfully reformed its culture and practices regarding financial crime risk.  In fall 2016, he taught at Hamilton College as the Sol M. Linowitz Visiting Professor of International Affairs and has consulted elsewhere on education-related issues.  Wayne writes and speaks frequently on international topics, including Mexico, NAFTA, Afghanistan, trans-Atlantic relations and trade.  He is on the Board of the American Academy of Diplomacy, a member of the Council on Foreign Relations and of the American College of National Security Leaders.

Wayne’s most recent diplomatic posting was as United States Ambassador to Mexico from September 2011 through July 2015.  He led a Mission of 2,700 employees representing 29 U.S. agencies, working to foster America’s relationship with a major partner on trade, investment, tourism, migration, law enforcement, and border security.  During Wayne’s tenure, Mission Mexico’s accomplishments included establishing the U.S.-Mexico High Level Economic Dialogue, the Mexico-U.S. Entrepreneurship and Innovation Council, and new energy and environmental dialogues.  The embassy also encouraged the creation of the U.S.-Mexico CEO Dialogue.  Growing two-way trade, investment and tourism were priorities during Wayne’s tenure, as were enhancing cooperation on public security and people-to-people exchanges.

Education cooperation grew through the new U.S.-Mexico Bilateral Forum on Higher Education, Innovation and Research, which resulted in doubling the number of Mexican students and teachers who studied in the U.S. in 2014 and fostered over 50 university partnerships.  Mission Mexico also greatly expanded outreach to Mexican society.  The embassy, for example, grew Facebook likes from 9,000 in 2011 to 960,000 in mid-2015 and innovated in use of music, youth programs and other means to reach the public. The U.S. Mission was named the 2014 “Embassy to Watch” by the State Department for its wide-ranging public-private partnerships, and in 2015, the embassy was selected as one of three inaugural State Department “Gender Champions” for its support of gender programs and priorities.

Before Mexico, Wayne spent two years working at the U.S. embassy in Kabul, Afghanistan.  Arriving in 2009, Wayne served as Coordinating Director for Development and Economic Affairs, leading a new office created to improve coordination of over $4 billion in U.S. non-military assistance among U.S. civilian agencies and with the Afghan government, the U.S. military’s programs, and international aid agencies.  After a year, Wayne was named Deputy U.S. Ambassador.   He was the Chief Operating Officer, supervising an Embassy and field offices of over 1000.  Wayne liaised closely with the government of Afghanistan, the U.S. military presence, and international military and civilian leaders.

From 2006 to 2009, Wayne was the United States Ambassador to Argentina.  In Buenos Aires, Wayne promoted successfully U.S. commercial interests and helped increase trade and tourism.  He and his team worked hard to improved U.S. image through vigorous public diplomacy, youth engagement and partnership with civil society with the goal of overcoming high levels of anti-Americanism.  Wayne successfully managed government-to-government disagreements, while strengthening cooperation in fighting trafficking in persons, drug trafficking and terrorism.

From 2000-2006, Wayne worked for three Secretaries of State as the Assistant Secretary of State for Economic and Business Affairs (EB).  Under Wayne, EB played a lead role in organizing major international donor and reconstruction conferences and raised billions of dollars in contributions, working with various agencies, governments, companies and NGOs.  Wayne and his team built international coalitions to cut off money supporting terrorists, working with the National Security Council and the U.S. Treasury to place terrorists and their financiers under UN and U.S. sanctions. They helped steer negotiation of major debt relief and economic reform packages working with the U.S. Treasury.  EB and Wayne worked with the Department of Commerce and the U.S. Trade Representative to support U.S. companies in commercial disputes and to achieve U.S. goals in trade negotiations.  Working with the NSC, Treasury and USAID, Wayne and EB helped establish the Millennium Challenge Corporation.  Wayne is the longest serving EB Assistant Secretary, working for three Secretaries of State.

From 1996-2000, Wayne was the Principal Deputy Assistant Secretary of State for European Affairs (EUR) (1997-2000) and as Deputy Assistant Secretary for Europe and Canada (1996-97).  Wayne’s responsibilities included relations with the European Union, OECD, G8, economic and global issues, restitution of Nazi-seized assets, bureau management, public affairs, and U.S.-Canada relations (1996-97 only).  He oversaw the organization of U.S.-EU summits every six months fostering a wide-range of transatlantic cooperation.  Wayne played a key role in building G8 consensus on managing the situation surrounding Kosovo and in organizing and guiding the 1999 Stability Pact Summit in Sarajevo.

Wayne has received various honors.  In 2017, he was awarded the Director General’s Cup for the Foreign Service.  In 2015, he was awarded the Order of the Aztec Eagle, the highest order granted to foreigners, by Mexico’s President and Foreign Secretary.  Also in 2015, Wayne received the State Department’s Charles Cobb Award for Initiative and Success in Trade Development and was presented the International House “Global Ambassador of Peace and Public Service” award by the Chancellor of the University of California, Berkeley.  In 2012, Wayne received a Presidential Meritorious Service Award and, in 2011, the Secretary of Defense Medal for Meritorious Civilian Service, both for work in Afghanistan.  In 2010, Wayne was confirmed by the Senate as a Career Ambassador.  That year he also received the Cordell Hull Award for Economic Achievement by Senior Officers for work in Afghanistan.  In 2008, he was given the Paul Wellstone Anti-Slavery Ambassador of the Year Award for work in Argentina.  In 2005, Wayne received the Department of State’s Distinguished Honor Award and a Presidential Meritorious Service Award for work as EB Assistant Secretary.  He received a Presidential Distinguished Service Award for work related to Kosovo and Southwest Europe in 2001. 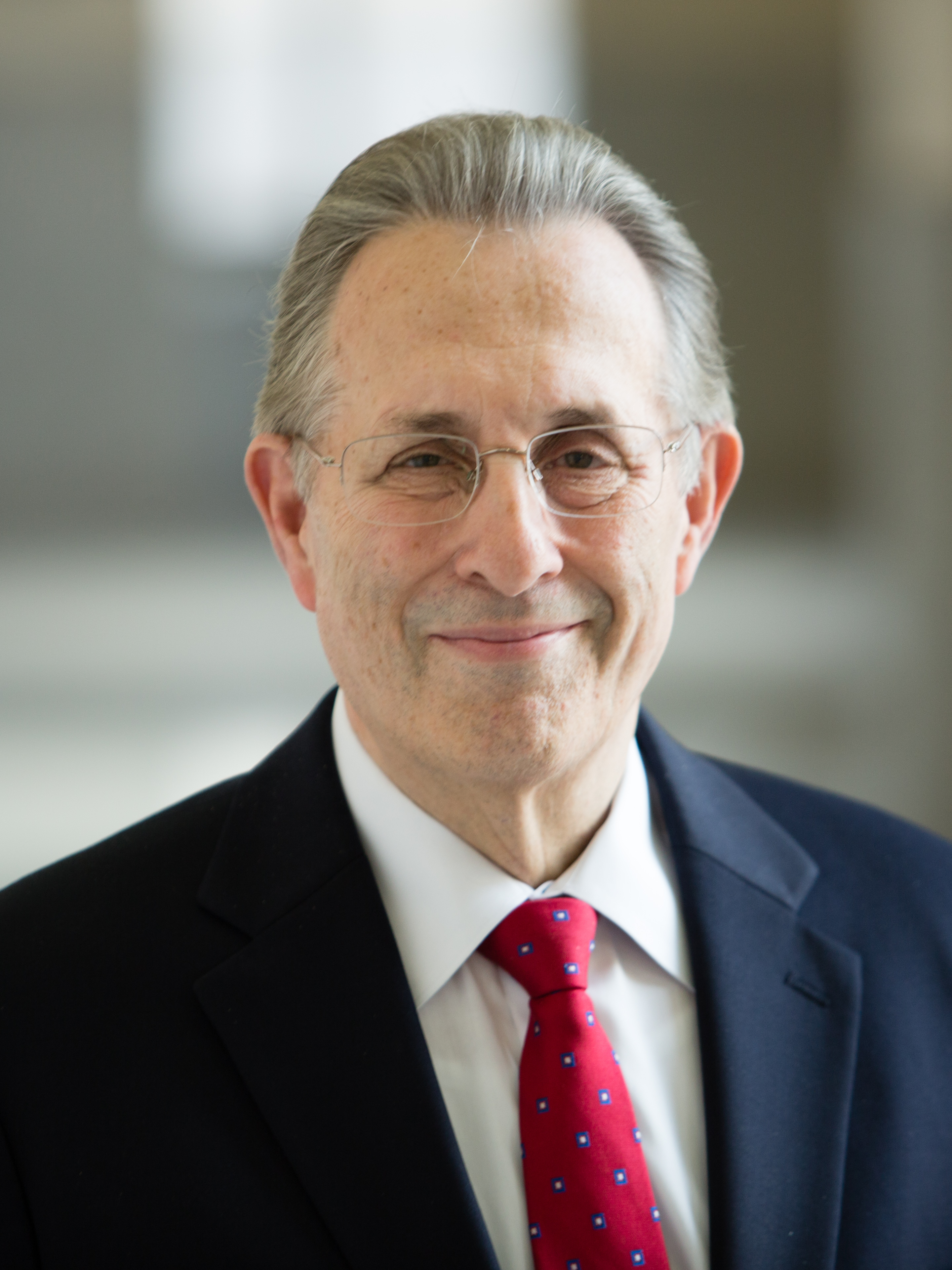